Daniel Watson grew up in a single-mother home with two siblings. His mother tried the best she could with what she had, but his family often lacked the support needed to really succeed. As a result, Daniel’s childhood was often chaotic and unstable. At the age of ten he began attending a church in his community and was soon baptized into Christ.

Upon graduating from high school, Daniel attended Johnson University in Knoxville, TN. Shortly after graduation, he married his high school sweetheart, Mandy. Daniel was hired by West Towne Christian Church as the Associate Minister of Outreach, a role he filled for the seven years leading up to the founding of The Restoration House.

In 2004 and 2005 Daniel and Mandy adopted two children locally from Knoxville. In May of 2010 they adopted another child from Ethiopia. 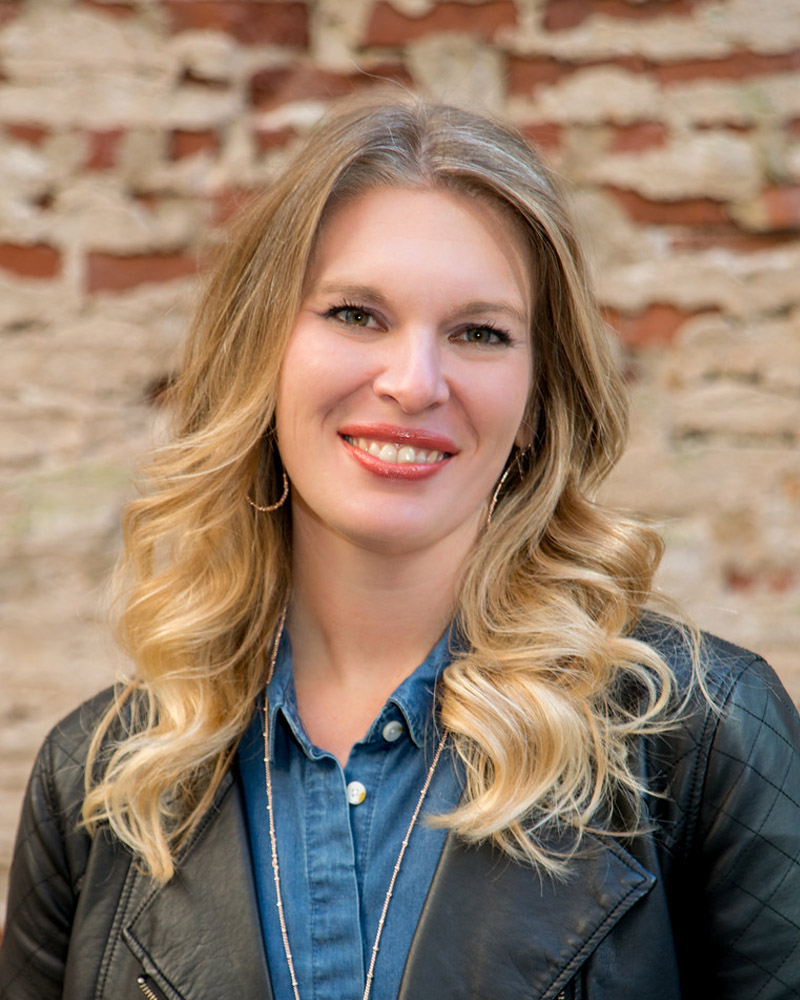 Mandy Watson grew up in a small community in the New River Valley area of Virginia. Although mostly raised by a single mother, her father was still active in her life, as was her church family. Her life growing up was full of wonderful memories of people who believed in her and taught her that anything she could imagine was possible.

Mandy and Daniel attended high school and college together, marrying the year after they graduated from Johnson University. Mandy also completed her Master’s Degree in Holistic Education from Johnson. She then spent five treasured years as an 8th grade teacher at Christian Academy of Knoxville, which she describes as “a time of great personal growth and strengthening.”

While God was preparing them for the birth of TRH, He was also calling Daniel and Mandy to adopt. Their experience with the local adoptions of Atley and Ava gave the couple a true picture of the plight of their children’s low-income single birthmothers in the Knoxville area, fueling their passion for what would become The Restoration House. 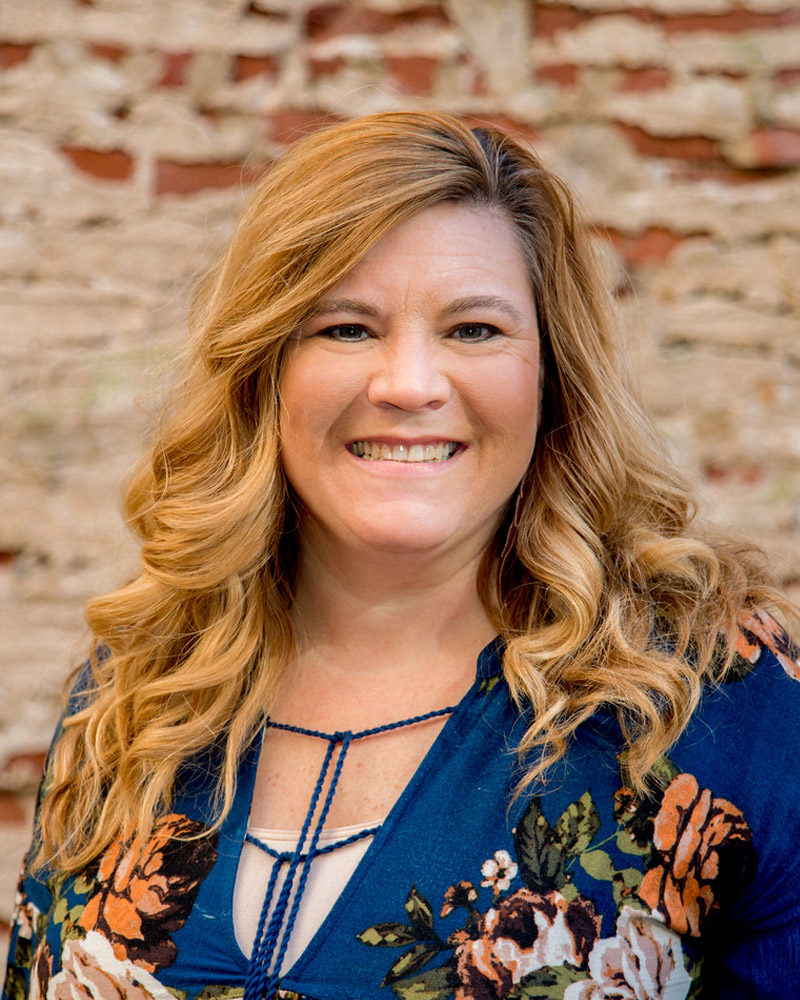 Lori Haskell joined The Restoration House in 2011 and in 2018 was promoted to Director of Programs. In this role Lori ensures program integrity, manages all program staff and serves as the liaison for strategic community partners.

In addition to her primary role, Lori is also a certified facilitator for the Cost of Poverty Experience and serves as a lead trainer for Faith and Finances with the Chalmers Center of Chattanooga. Lori is a member of the 2018 class of the Consortium for Social Enterprise Effectiveness at the University of Tennessee and coaches volleyball at Vine Middle School.

Lori graduated from Cedarville University with a degree in English and a minor in Bible. She grew up amid Wyoming’s Rocky Mountains, but also loves the hills of East Tennessee. Lori married her college sweetheart, a Tennessee boy. Their favorite lifetime accomplishments are their three young adult children, Justin, Ethan and Kayla. Lori is grateful for all that she learned during the 12 years that she and her husband, Jonathan, spent in cross-cultural ministry, including 9 years in the country of Hungary.” 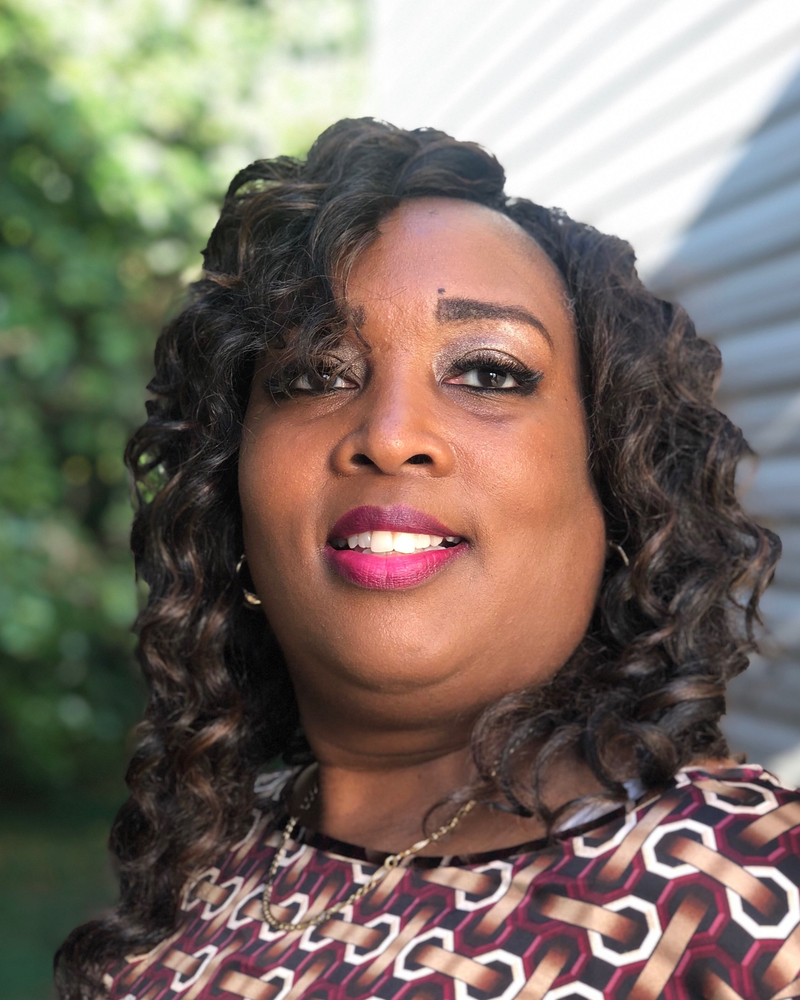 Gladys has worked for several nonprofit agencies for over 15 years in various capacities, and is driven by a sincere desire to share God’s love and His purpose for our lives.

Originally from Elizabeth City North Carolina, she has lived in Knoxville since 1991, graduating from the University of TN, Knoxville with a BS in Human Ecology – Child and Family Studies.

Gladys is a licensed and ordained Minister, and is also currently serving on staff at a local church. She is the mother of four unique and gifted young adults, Jomecia, Isaac, Nicholas and Simeon and is the proud GiGi of one grandson, Imari. 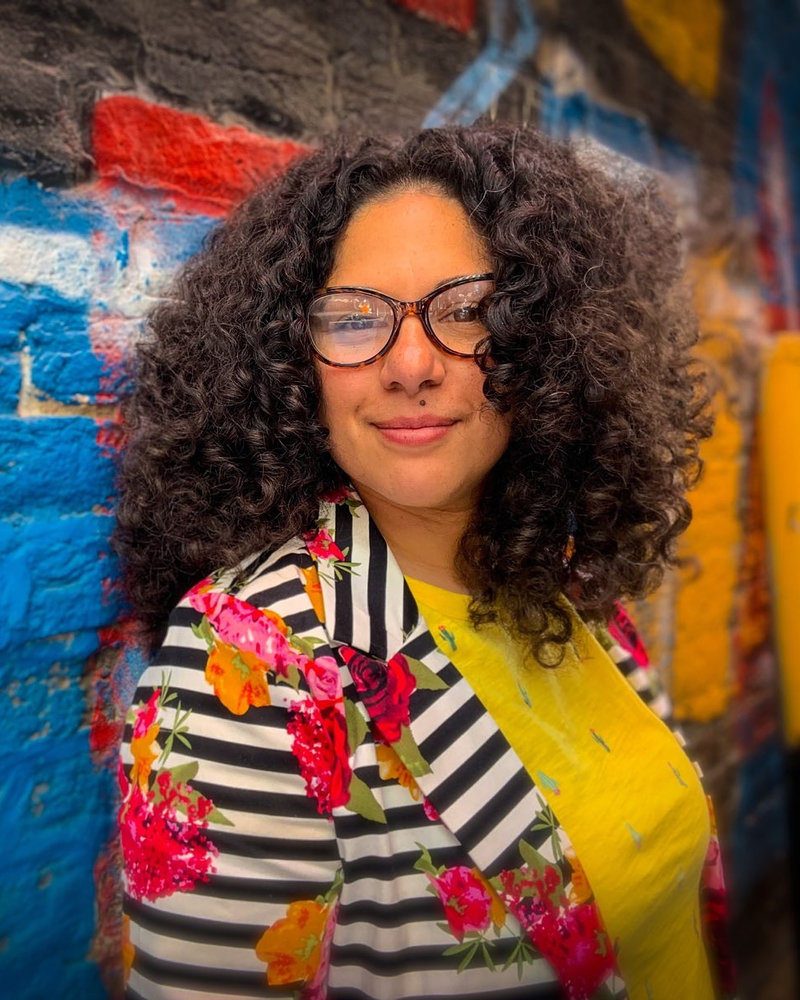 Raquel was born in Venezuela and came to East Tennessee in 2017 with her husband Oswaldo “Wally”, and her daughter Marcela. She obtained her law degree in Venezuela in 1999 and became a Human Rights Activist in 2015. She has been an interpreter since she came to the U.S. because her passion in helping Spanish speakers and giving them a voice. She worked as a Culturally Specific DV Victim Advocate for 2 years with the YWCA Knoxville & The Tennessee Valley helping Latina victims and survivors to navigate the legal-social-cultural system.

Raquel is the Founder and Director of LATINAS TIME, a group that seeks to help Latina Women in East Tennessee to find their own value and identity encouraging them to become leaders, entrepreneurs and to better involve themselves in their communities. She is a member of the Board of Directors of Good Samaritan Center of Loudon County and The Prevention Alliance of Loudon County Advisory Board. Raquel is also an International Ambassador of the Argentinean organization FUNDACION MUJERES QUE AVANZAN and one of the Executive Editors of the digital magazine MUJERES CON VISION.

She is a member of the New Providence Baptist Church in Loudon County, her father Israel Leal is the Pastor of the First Baptist Church of Valencia, Venezuela, where she took her first steps of faith from her mother’s womb. 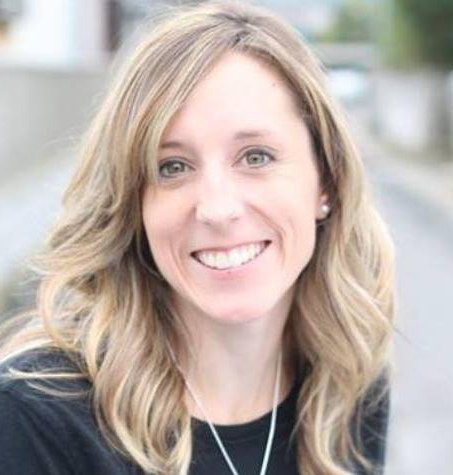 Lora joined The Restoration House in October of 2018. She grew up in the Maryville, TN. She served eight years in Japan, primarily doing community development among women adversely affected by the 2011 earthquake and tsunami.

These experiences have impacted her deeply, and continue to inform the way she sees the world. Prior to living overseas, Lora studied at Johnson University where she earned a M.A. in Marriage and Family Therapy. She is excited about the culture, worldview, and work being done at TRH.

Lora and her husband enjoy reading, running, and podcasts. They are very excited to be in Knoxville, and are encouraged by all the great things happening for the Kingdom here. 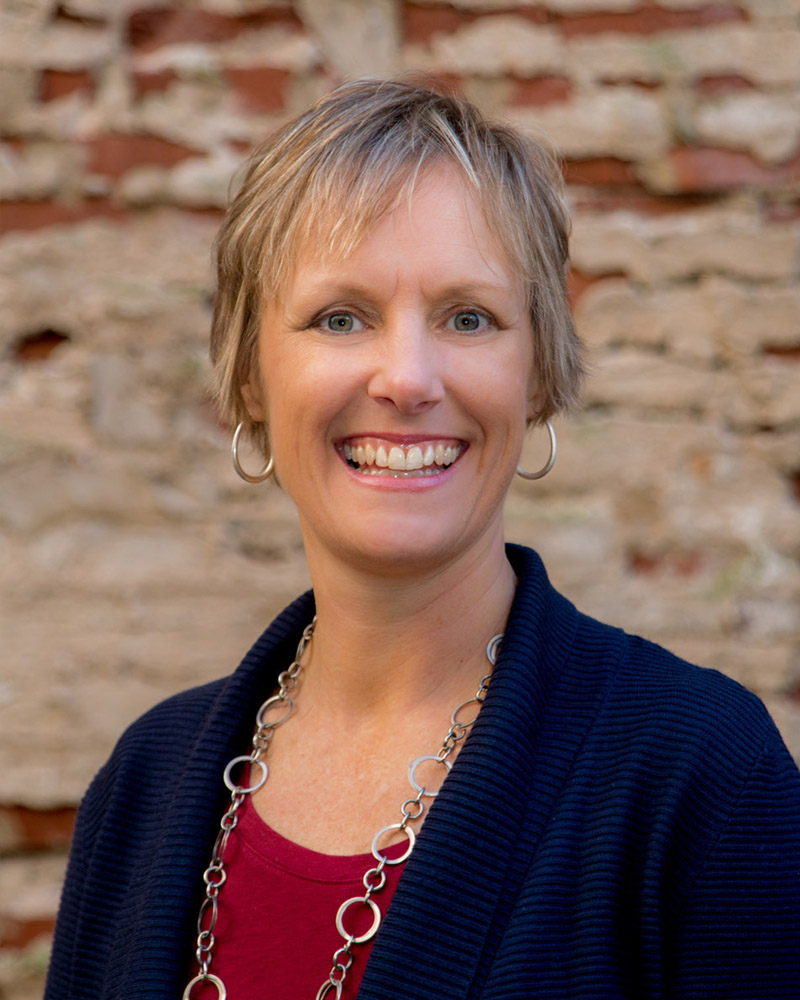 Vicki joined The Restoration House in July 2013 as a volunteer and then joined the staff later early the next year. She has served as administrative assistance, housing manager, and office manager. Prior to joining TRH she worked as a billing specialist at a local medical practice in Knoxville for over 14 years.

Having been a single-mother to her two children for several years she has a vested interest in the work of The Restoration House. She is passionate about providing first hand experiences to better serve the single mothers in the Knoxville community.

Vicki is married to David Arpino. They have 3 grown children, a son-n-law and 2 grand kids.

In her spare time, she and David enjoy playing with their grand kids, going to the mountains and visiting antique shops as well as taking family vacations to their favorite area around Charleston, SC. 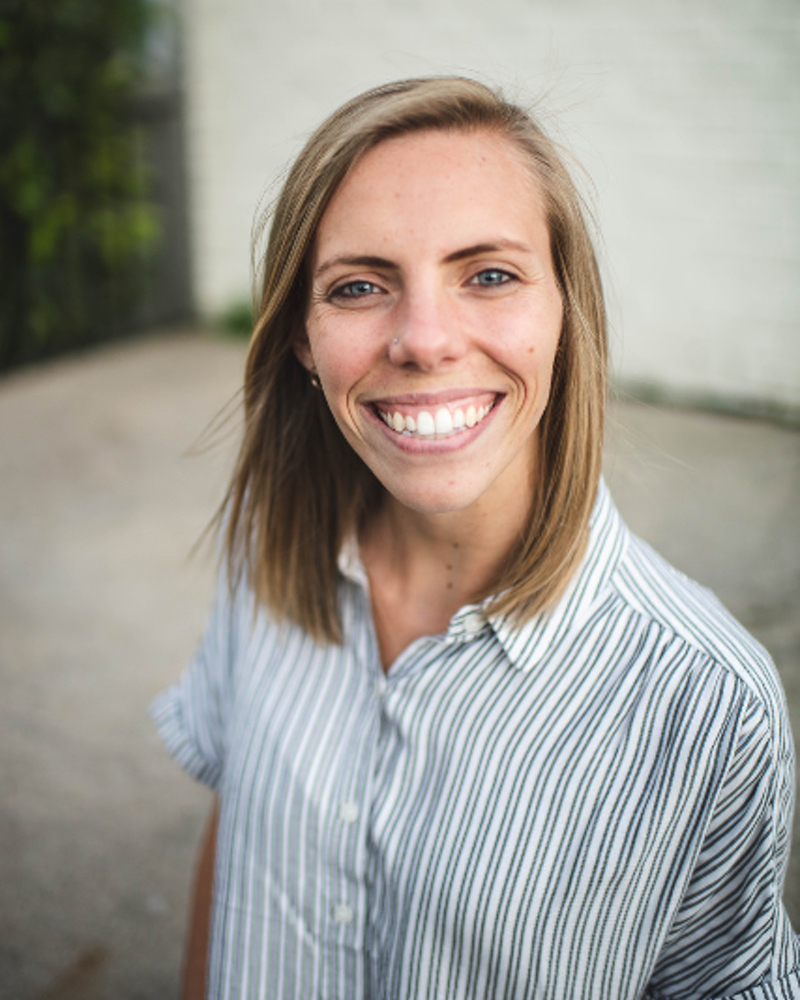 Carrie is a Knoxville native and handles all volunteer engagement and training at TRH, including working with Ally teams. As a graduate of Covenant College with a dual degree in Community Development and Economics, she is passionate about being a part of restorative work. Carrie and her husband spending a year and a half walking with young Honduran women at a leadership development school where they learned many important lessons about development. 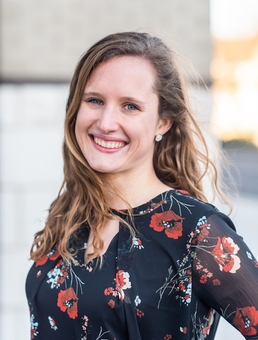 Kylee joins The Restoration House with a background in youth development,  and a passion for helping kids navigate their world in healthy, proactive, and intentional ways. She received her Masters in Elementary Education after completing her B.A. in Art, both from University of Tennessee Knoxville. As a former educator, she values the importance of trauma-informed practice and an emphasis on social emotional development.In her spare time, she enjoys playing ultimate frisbee and board games with friends alongside her husband, Austin.

OUR BOARD OF DIRECTORS

Sara had a 25 year career in public housing and is on the board of American Property Management in Knoxville, TN.  She has been a volunteer with The Restoration House since day one having walked with three participating families over the last ten years.

Grant was the Executive Director at Compassion Coalition for 11 years and now is a chaplain for Dominion Senior Living. He is an extremely well-respected leader in the Knoxville community, and has been helping bring about shalom in the community for decades.

Ola is a social worker with a tremendous amount of experience having served at the Salvation Army and most recently as the VP of the Knoxville Area Urban League.

Bill worked with UTK Athletics for a number of years and is now the CFO of Information International & Associates.

Jack’s whole career was in the YMCA.  He brings a tremendous amount of nonprofit experience and passion to the board of The Restoration House.

Gabe is the CEO of KUB. He was raised by his single mom and understands the challenges and the opportunities. He and his wife Tarah, have three amazing children and have been actively engaged in The Restoration House for years before coming onto the board.

Carolina is a realtor with Fox and Fogarty. She is active in the community through Centro Hispano and other local organizations. As a single mother she uniquely understands the struggles of the mother-led families of The Restoration House.

Kara’s background is in communications and event management. She previously worked for the Carolina Panthers and now is VP; Corporate Events Manager, CEO and Executive Communications at Bank of America. She is a native of East Tennessee.

Shelly is an attorney at Owings Wilson Coleman. She is also a longtime member of Central Baptist Church in Fountain City. Shelly is highly skilled and brings tremendous expertise to the board.

Amy is the Transitional Housing Program Coordinator at the YWCA. She, her husband and two children are proud members of NorthStar Church. She is a graduate of Johnson University and is also an alumnus of The Restoration House.

Doug is retired after 27 years in the plastics industry. He and his wife, Marcie are long time members at Fellowship church and have both engaged with The Restoration House for years.

Dylan is a former Knoxville Fellow. He and his wife, Lia are worship at Resurrection Presbyterian Church. He is the VP at Axle Logistics.

Javiette is the Associate Vice Chancellor and Director of Community Engagement and Outreach at the University of Tennessee. She is an experienced community-engaged scholar working with a variety of underrepresented populations over the last 25 years. Javiette started her career at UT as a young single mother. In spite of the barriers and challenges before her she was determined and achieved her Ph.D. by the age of 28. Her life has been dedicated to helping make a way where there seems to be no way for individuals and communities on the margins.

Joshalyn and her husband have three children and nine amazing grandchildren. She understands the challenges that many mother-led families face, having been a single mother early on. Joshalyn is the VP of Community Development for the East Region for First Horizon Bank and has served on several boards including, the National Coalition of 100 Black Women, Homesource East TN, Dr. Martin Luther King Jr. Commemorative Commission, Wesley House, United Way, and the Tennessee Affordable Housing Coalition.

Keely is a Financial Advisor with Pinnacle Financial Partners. She is a commercial lenders, but says her greatest passion is helping lower-income families access homeownership. Keely has seen firsthand the life change difference owning a home can make.

LaTonya is a professor of accounting at UTK and an entrepreneur. She and her husband have three beautiful little girls. LaTonya has served on the boards of GirlTalk, Uunik Academy, and Jack and Jill. One of her passions is seeing mom’s empowered so their children have access to every opportunity.

Patty has over 40 years of experience in early childhood education. She recently retired as the director for Child Care Resource & Referral after 20+ years. Patty and her husband of 43 years have 2 sons, 2 daughter-in-laws, and 4 grandchildren.

View all Past Members

These are community members who have served on the board in years past, and worked to build a strong foundation in order to impact single mother families long into the future.